A year ago, Ahba announced the construction of a new Uposatha Hall. This hall would be entirely built in Burmese style, with a central Buddha statue in the style of the famous Mahamuni Buddha from Mandalay.

What made this announcement very special is that Ahba indicated that the temple would be finished in just one year, before the kathina ceremony (the end of the vassa, the three months long retreat during the rainy season) in early November 2019.

And it worked! Not because a large construction company was brought in, but because of the tremendous effort of a group of disciples led by Ahba himself. The hall is gigantic and very beautiful and powerful.

Our deep respect goes to Ahba, who, as one of the project participants and creator of the videos below says, “is like a crown jewel in the heart of his disciples.”

August 2019: The Placement of the Mahamuni Buddha

October 2019: The placement of the Temple Crowns

Do you want to start meditating or deepen your practice?
We offer personal guidance, completely on a donation basis.

While you are here …

… We want to ask you something. This website is made out of love for Buddhism and Buddhist meditation. We strive to make the teachings of the Buddha as clear and correct as possible and to make it accessible to anyone who is interested, without commercial intentions.

You can help us in our effort by giving a donation to the Buddho Foundation. Every amount, small or large, is of great value to us, and it only costs you a minute of your time.

With your support, we can continue to do our part in preserving and protecting the Dhamma.

Thank you so much for your generosity!

You yourselves must strive, the Buddhas only point the way

Looking for more information? Here is a selection of related posts we can heartily recommend. Don't know where to start? Then take a look at our frequently asked questions (FAQ). 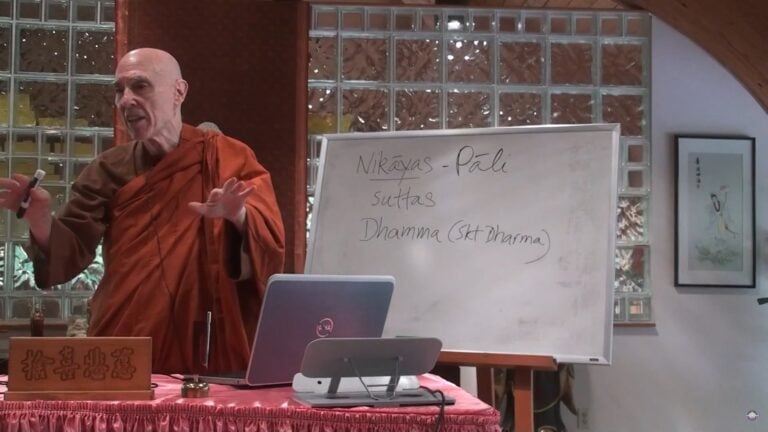 A Short Introduction to Buddhism by Bhikkhu Bodhi

These videos by Bhikkhu Bodhi include a short introductory course to Buddhism. The course took place in the summer of 2018 at Woo Ju Memorial Library…

Alin-Kyan: The Manual of Light

This treatise begins by pairing the five great forms of ignorance with the five types of light needed to destroy them. Take ignorance of the Dhamma.

What is written in this text by the Ledi Sayadaw might almost read like a fairy tale, something far away from what is held to be possible and true in our…

The arahant ideal and the bodhisattva ideal are often considered the respective guiding ideals of Theravāda Buddhism and Mahāyāna Buddhism.

When did the use of statues in Buddhism begin? What did the Buddha himself advise on their use? And wat do the various Buddha statues mean? In this text we…